Linkages between illicit arms, organized crime, and armed conflict not only reinforces one another but also escalates violence and erodes governance. Similarly, armed conflict provides an environment which enables organized crime to flourish due to the widespread availability of surplus arms and ammunition and the absence of rule of law which allows illegal financial activities carry out by non- state armed groups to prosper. In some countries in transition, like Colombia or Afghanistan, illicit economies such as drug cultivation, illicit mining or logging have sustained the livelihoods of many impoverished communities who possess no viable alternatives, entering the criminal economy can be the only means of survival. It is also the primary driver of terrorism, with more than 99 per cent of all terrorist-related deaths occurring in countries in conflict with social alienation, lack of economic opportunities and political instability.

This course will seek to explore the definitions of concepts such as of organized crime, terrorism, extremism and transnational crime provided in some legal frameworks. Identifying similarities and differences as well as the cause-effect relations will help to understand the current response mechanism established to combat this plague. 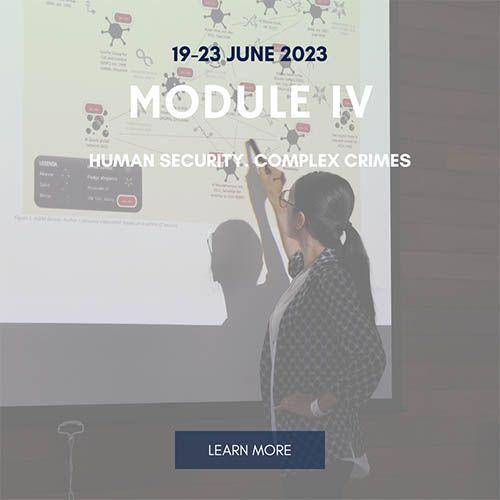